The importance of providing sick leave 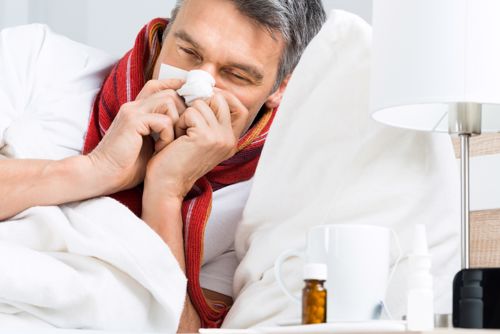 Taking time off to recover when we're ill is a cornerstone of the workplace in many countries worldwide. As World Population Review reports, some states in the European Union have mandated that employees get at least three weeks' worth of sick leave every year, while most have even more than that. During their absence, these workers get at least 50% of their salary. Every country in the world has legislated sick leave, except the United States.

While the freedom to choose working regulations is important for organizations, providing employees with time to convalesce — and remunerating them despite their absence — is equally vital. Perhaps even more so. Why is that? What happens when companies don't offer sick leave, and what happens when they do? Let's take a look:

Why do you need to provide sick leave?

Some employers quite wrongly believe that offering time to heal from disease and injury contributes to lower productivity. However, the inverse is true, and it's a logical conclusion: When your employees are sick, they can't perform to their full potential. As VeryWellHealth explains, not being able to take a period of rest places even greater amounts of stress on the body, further weakening the immune system which, in turn, leads to prolonged illness.

Every team member, no matter their role, contributes something invaluable to their workplace. Their expertise has taken years of work and study to accrue. You need all hands on deck for your organization to be the most productive and successful it can possibly be. Providing (paid) sick leave is critical to achieve your business's lofty goals.

The benefits by numbers

According to statistics cited by the Center for American Progress via Princeton Info, businesses lose billions of dollars every year due to employees coming to work sick and not being able to perform at their best. By contrast, offering sick leave would allow workers to recuperate and return to previous levels of productivity, which would add billions to the economy.

Granting sick leave also prevents the spread of sometimes fatal illnesses across the office and, by extension, staff members' relatives and loved ones. A study found that granting paid sick days to workers infected with COVID-19 prevented hundreds more cases from occurring. Sick leave isn't just a business concern, it's a matter of public health. When communities are healthy, economies thrive.

Furthermore, paid sick leave is crucial to an organization's employee retention rates. It's a vital benefit to keeping highly experienced workers at a company; you don't have to spend more time and money to fill vacancies. As we've seen with threats of a national railroad strike in 2022, sick leave can be a business' — or even an entire industry's — make or break factor. Sick leave is also a social and political issue: Its absence disproportionately affects people from minority groups, especially women of color, because they're more likely to work jobs with few industry regulations. Thus, granting paid time off for illness is essential for economic, social and political equality and stability.