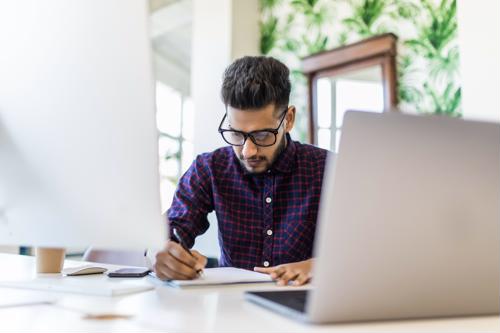 With the cost of turnover so high and the uncertainty of the job market, retaining good employees is as important as ever. So what can be done to keep talent from leaving? As the question of pay raises matching the rate of inflation sweeps the nation, the question becomes whether increased pay rates will help to retain workers.

To raise or not to raise
It may seem simple to give everyone a raise in order to keep employees satisfied, but not all employers can afford the pay raises that match the rise of inflation. In fact, two-thirds of business leaders report being "very concerned" about the rise of inflation, and 31% report being "somewhat concerned," according to Salary.com. Business owners and company leaders must weigh the cost of raises with the cost of turnover, however, which is high.

And in some cases, salary may not even be the real issue. A study by WorkStep showed that while pay is a major concern for many, the No. 1 driver for turnover is career growth. Pay ranks second as far as reasons for turnover. Job expectations and onboarding are among the other key factors. Ensuring employees have a clear path for growth and the resources to do so can be motivating and encourage retention.

And in some cases, there are other factors at play that could be making employees unhappy at work (like a poor manager). The only way to find this out is through proper communication.

The way you approve or deny matters
When evaluating the best ways to retain workers, raises should certainly be considered. But employers should also consider the rationale for approving and denying raises, and how managers should approach the conversation when raises are inevitably requested.

A study by Payscale showed that the way an employer denies a raise affects how an employee moves forward. The report shows 71% of workers who were provided no reasoning for the denial of the raise reported they plan to seek new jobs within six months. 72% who didn't believe the rationale provided said the same. On the other hand, those who were denied a raise but did believe the reasoning provided by the employer and plan to seek employment elsewhere came in at 57%. Overall, with all questions asked throughout the survey, it showed that those who believed the reasoning for why they couldn't get a raise were far more satisfied with their jobs overall, almost as satisfied as those who actually did receive a raise. So needless to say, the way in which you approve or deny a raise can be just as important to retention as the actual raise itself.

The study also showed that a worker who is worried about losing their job is the least engaged and the most likely to leave. And those whose employers gave them a raise without the employee needing to ask for it reported high satisfaction with their job and employer (65%).

Companies should be giving loyal employees annual raises commensurate with merit, experience, and the cost of living if at all possible. But studies show there is more to retention than just salary.