These are the top reasons employees are leaving their jobs 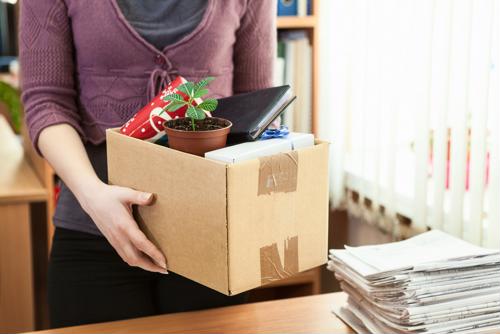 Keeping employees can be a challenge these days, but with the right resources and knowledge in your corner you can retain good talent. 47 million people left their jobs in 2021, according to the Department of Labor. So why are employees leaving at such a rapid rate, and what can be done to stop it?

Salaries
A survey by Pew Research conducted in early 2022 showed that 63% of workers who quit cited low pay as a reason. To stay competitive, some companies have started offering whatever the newest employee earns across the board. Meaning that if a new employee comes on the team and is earning $5,000 more than people who have been working there for five years, those five-year team members will get a $5,000 raise. Loyalty to the company should be rewarded. In addition, merit increases annually can be a major source of motivation.

Development opportunities
About 63% of those surveyed also cited no opportunities for advancement as a major or minor reason for why they left their job. This means you should always be encouraging an employee's development. In annual or semi-annual performance reviews, you should make clear what an employee should do in order to move up within the company and how they can make that happen. If there aren't clear ways they can move up, ask them what they think their advancement should look like and look into ways to make it happen. Growing in one's career is a major source of motivation, so even if the employee doesn't ultimately leave because of this, they're likely to feel unmotivated.

Respect
No matter where a particular worker falls in the hierarchy of the company, they should be treated the same. In the Pew survey, 57% of workers who left their job said that not feeling respected was either a major or minor part of why they left.

Flexibility with hours
Around 24% cited this as a major reason and 21% cited it as a minor reason for leaving. In addition, 48% cited child care issues as a major or minor reason, and in many ways these two concepts go hand-in-hand. Providing the autonomy to get your work done and clock hours on your own schedule, particularly in corporate jobs, is something that adds a lot of value to people's lives. They can pick up their kids from school but "punch in" a little early. Or even if they don't have kids, maybe they want the flexibility to go to therapy or workout classes to improve their general quality of life. This should be supported and encouraged.

Benefits
Up to 43% of workers cited poor benefits (including paid time off and/or health insurance) as a reason for leaving their job. While some companies see benefits as a bonus, today they are considered a part of one's salary and livelihood. This ties to work life balance as well as providing a healthy life for you and your family. It can be a major decision in what one chooses to do for work, so always consider that when making an offer to an employee.