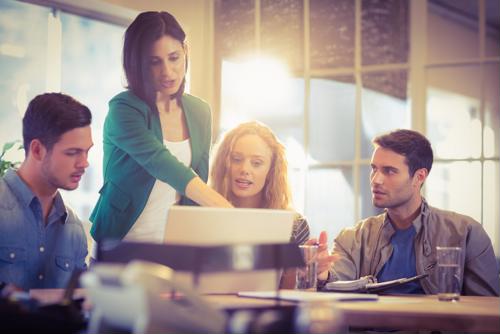 There are many reasons that a bad hire can put a company at risk, including everything from being a drag on productivity to a potential threat to physical and digital security. For that reason, it's vital that companies do more to make sure everyone they hire is fully vetted and qualified for the position that's being offered.

How can you do a better job of that? Read on to find out:

You have almost certainly made at least a few less-than-ideal hires in your time as a business owner, and it's always a good idea to go under the hood and have a look at what went wrong, according to CoAdvantage. Reviews can reveal critical reasons regarding why the process broke down and provide actionable, constructive data that allows you to avoid those missteps going forward.

2) Do all your due diligence

Whenever you are talking to a candidate — even the ones who look perfect on paper — you would be wise to really dig in on their background, CoAdvantage said. Sometimes, bad hires are the result of a poor culture fit, so really drilling down with references about issues like how people prefer to get their work done could go a long way. Likewise, it's advisable to do a background check on some potential hires.

Another common mistake in hiring: Trying to get through the process as quickly as possible, CoAdvantage further cautioned. This is an understandable impulse, but companies that make decisions in a rush tend to overlook potentially significant red flags about certain candidates, and may end up doing more harm than good.

If a potential hire seems short or impatient in their communications with you, that might be a sign that they're not going to be a good hire, even if you really like their qualifications otherwise, according to the Society for Human Resource Management. Generally speaking, look at this kind of behavior as something that could hinder a good working environment.

Often, bad hires happen through no real fault of your own, but rather because a candidate exaggerated what they could do for you, the SHRM advised. For that reason, it's a wise to introduce at least some skills testing into your hiring process so you can identify true talent and weed out the pretenders. Just make sure you pay them if they work on something that helps your business.

6) Get more eyes on potential hires

It's always helpful to bring a lot of people into hiring decisions, because that extra two or three people might lead one decision-maker to catch a potential issue the others miss, according to FindLaw. Moreover, this will help ensure your hire brings talents to the table that end up helping in more than just their specific role.

7) Try out a probationary period

Finally, you might want to test out a new hire for a week or two before you fully bring them aboard, FindLaw warned. A short probationary period will allow you to ensure that each candidate provides what they actually say they do.