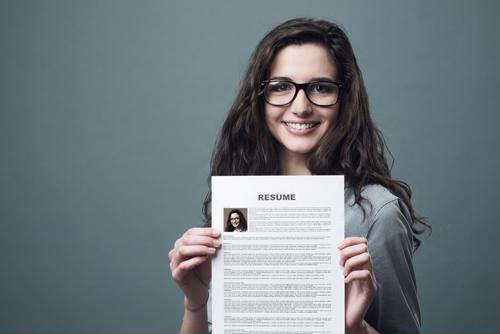 When you're writing a resume, you should do all you can to stand out from the crowd. However, it's not always easy, especially because many of the people applying to the positions you're in the running for will have similar skill sets and experience.

One great way to overcome this prevailing sameness is to pepper your resume or cover letter with so-called power words that give a little extra "oomph" to the aspects of your qualifications that need to be highlighted. The following eight examples are just a taste of the simple changes you can do to separate yourself from the pack:

When you're trying to show off your leadership skills, it's important to frame it in terms of not just how many people were under your supervision, but also all the tasks they completed, according to The Muse. This will help position you as someone who sees the big picture.

Anyone can be in charge of starting an initiative at a company, but to show you effectively got it off the ground helps illustrate your abilities to see things through, The Muse advised.

3) Instead of "improved," say "maximized"

It's all well and good to improve various processes at your previous employers, so you should show you did what you could to get the absolute most you could out of them, The Muse noted. When you use these kinds of words, quantify as much about what you accomplished as you can.

4) Instead of "worked with," say "collaborated"

Whether you had a small team or a large one, it's likely that everyone had a hand in whatever success you achieved, according to Indeed. Showing that you were an integral part of that team and helped your colleagues along is a must.

You work hard for everything you get in your career, so give yourself the credit, Indeed said. Achieving something can sound less impressive than earning it, so make sure your potential employers know what you've done to get where you are.

6) Instead of "managed," say "coordinated"

Handling a number of different accounts or clients is no easy feat, so it's important to show you did more than just handled the day-to-day, Indeed suggested. Coordination implies more teamwork than managed, and keeping all your contacts happy is certainly a big effort that's worth noting.

This simple change is a little more active and shows you created something substantial out of almost nothing, according to The Balance Careers. With that in mind, highlighting the process to show you built something is a good idea.

8) Instead of "developed," say "created"

Even if you only had a role in getting a new product or process out to the general public, it's important to note your role in creating and gestating that effort, The Balance Careers added. As such, you should take the credit you deserve for whatever you helped create.